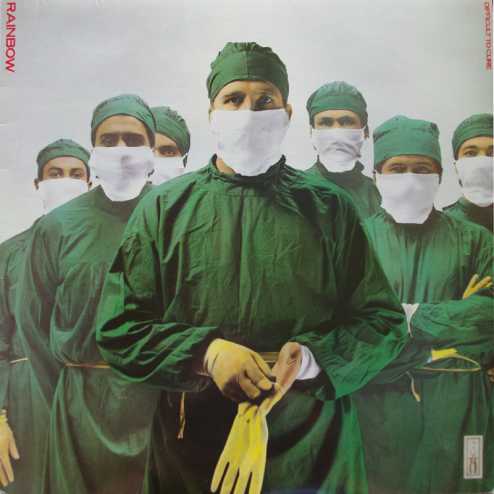 This is a hand tinted black and white print.The green areas were masked with transpaseal and with a mixed Photo Dye a base colour was washed in. Dried with the hair dryer and then touches of darker green and yellow were airbrushed in. Satisfied with the colour the flesh areas were masked and this time with a Sable brush and a Photo Dye mix was carefully washed in. Then the waist ties and gloves were washed in with yellow Dye and the masks had some touches of light violet dye touched in with the Sable brush. Finally some watery yellow and violet dye was sprayed on the background before masking the front man, and some watery Permanent White Gouache was sprayed over the people behind, once masked, to bring the front man forward. The same hand tinting process was applied to the back cover also.