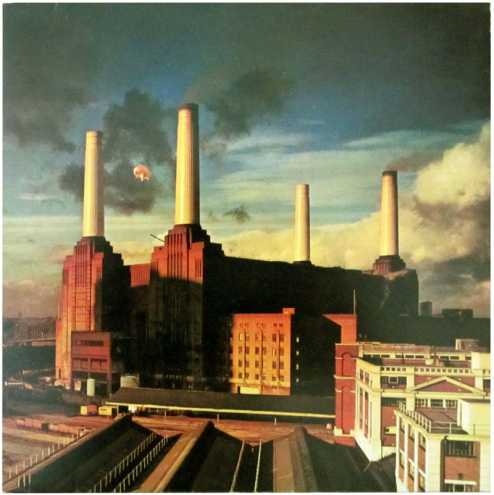 The plan was to photograph the pig flying over Battersea Power Station, the pig however, broke free and flew down to Kent and landed in a field next to a farmer on his tractor, before it was photographed. I received a Dye Transfer print of the Power Station with the pig stripped in. By bleaching the dark bits away from the edge of the pig and using a Sable brush and Photo Dye I softened the edge and blended it into the sky. There was a spare deflated pig laying to the left of the Power Station and some vehicles that I removed with Photo dyes to blend them into the surrounding area.