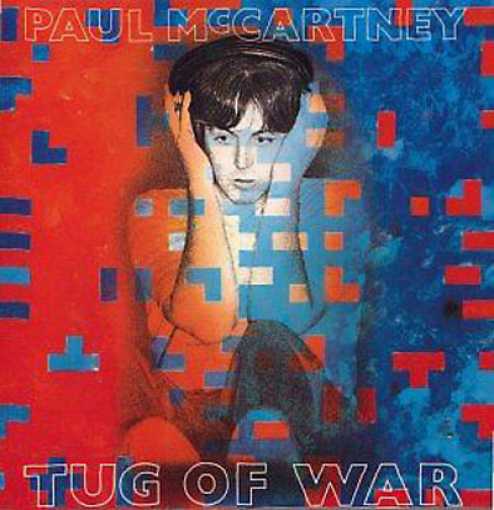 This Strip-in Dye Transfer was supplied to me and reds and blues had to be strengthened. The blue across his left arm and face and the couple on his right arm were masked with Transpaseal and the blue dye used in making the Dye Transfer print, was airbrushed lightly, then blotted away from the transpaseal to see how dark I had sprayed, and another light spray applied. The Transpaseal was removed, a new piece laid over and the red on his right arm and the few on his left arm were masked and lightly airbrushed with a watery scarlet dye, the transpaseal blotted and another light spray applied. This process was carried out to give a bit more contrast to the blue and red acoss Paul. I then took the artwork to Air Studios on the corner of Oxford Street and Regent Street for the approval of the man himself. I was lucky enough to meet Paul McCartney and George Martin that day.