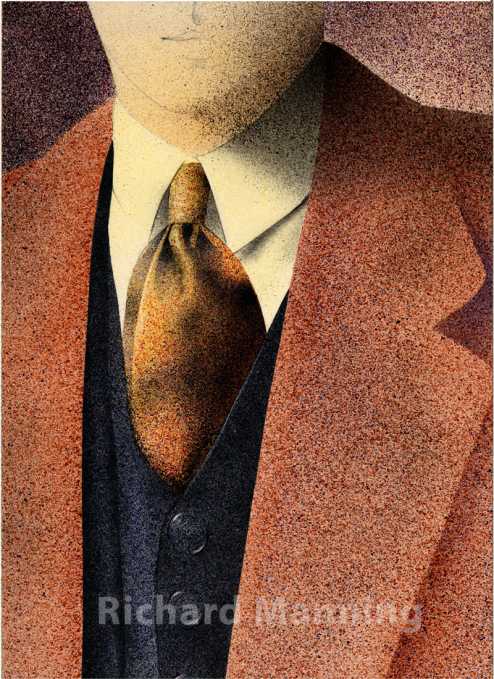 Richard started his working life in a commercial art studio in Holborn, London in 1964. It was a 5 year apprenticeship with the first 15 months spent as a messenger, but he was allowed a desk and a precious Super 63 De Vilbis airbrush.
The lightbulbs were illustrated in the fourth year of the apprenticeship and the other illustrations were completed in the ensuing years to 1996.
The Super 63 was a very refined tool enabling the user to spray large, smooth areas and also pencil thin lines. The grainy effects in some of the illustrations were achieved with an older "A" model airbrush which was able to spray one dot at a time if needed. Producing varied effects and textures with the airbrush held a strong fascination for Richard all the years spent working in commercial art studios. He now concentrates on producing those textures in oils. All the illustrations are Limited Editions of 250, signed and numbered, printed on 300gsm FibaPrint White Semi-Matte Photographic Paper
All works © Richard Manning 2000 - 2022  |   delivery and payment   |   terms   |   web design and development