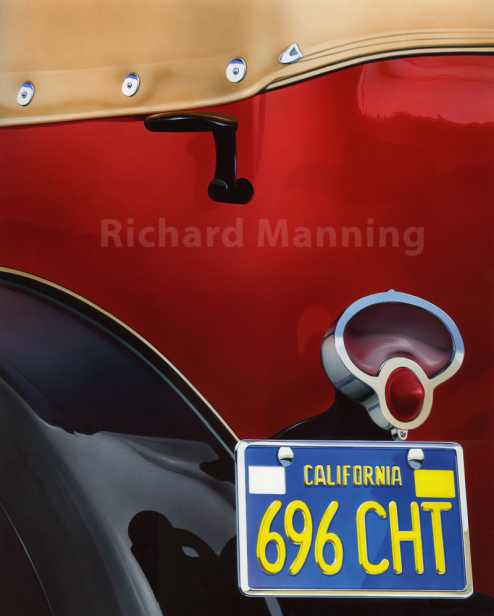 
A complicated illustration on Glossy unglazed photographic paper using photo dyes and Transpaseal masks. An accurate tracing is positioned and each area traced onto the Photographic paper. Some shapes on the hood are airbrushed freehand and loose masks cut and used on the body and mudguard. A lot of Sable brush work for the detail and smoothing the hard sprayed edges. The base colours are washed in dye and then airbrushed over.