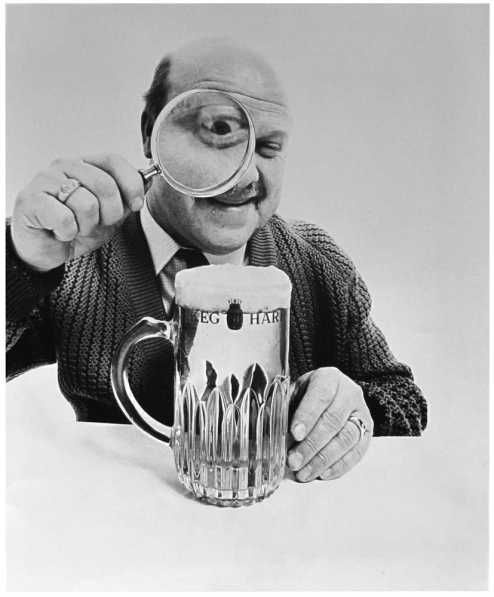 Working on Ilford double weight glossy unglazed prints from the seventies onwards was a pleasure. The paper was robust enough to be worked on in a variety of ways. The print was first mounted onto double weight mounting board either by dry mounting, which was done by tacking dry mount tissue to the back of the print with a hot iron similar to a soldering iron and trimming to the print edge, then laying the print onto the board(tissue side down obviously!) and with a protective sheet of non adhesive paper over the print area, the print and board was placed into a very hot dry mount press, screwed down so as the mount tissue melted and bonded the print to the board.

There was no way to strip the print up if you needed to, so the alternative was to use the American Columbia Cement. Wonderful stuff, applied with a brush kept in an airtight dispenser with the thinned cement and however it was applied it always dried flat. The back of the print and the board were coated in the cement, which was quick drying, and the two surfaces brought together and smoothed flat with a piece of cotton wool. It formed a tremendous adhesion essential if you were going to be using bleach and water on the print, but you could lift the print if needed by applying lighter fuel which liquified the petrol based Columbia Cement.

Almost neat iodine mixed with water was used to bleach out the background if required, and by mixing with more water you were able to apply it to darker areas of the print to "open up" the detail in a controlled manner, if there was detail to be found. Applying the iodine with a brush to small areas or with best quality cotton wool to larger areas, you then applied liquid photo print developer to the bleached area to stop the iodine action and neutralize the yellow stain of the iodine. Having then washed and blotted the print five or six times to rid the surface of the chemicals applied, a hair dryer was used to dry the print thoroughly.

Photographic dye was used to then put back detail. Johnsons black dye was very good for using full strength to give a lovely solid black in shadows, but the best dyes undoubtedly were an American product called Color Print Retouch Color designed by Ektacolor in New Jersey. They produced an extensive colour range in small dropper bottles for economy of use and I had almost the full range which I used for colour print retouching. They had a pure quallty unmatched by any other product (in my opinion).

The whole point of retouching was to enhance detail existing in the print to improve and not obscure detail. In some instances paint was used to redraw detail. Windsor and Newton Lamp Black, Sepia, Yellow Ochre and Zinc or Flake White were the paints used. Lamp Black used in the airbrush for spraying large areas, small areas and fine lines such as subtle whisps of spray adding hair. Lamp black mixed with white gave a bluey tone, so for a light grey effect Permanent White Gouache and Sepia mixed gave the right colour and Yellow Ochre was added to the mix or a slight whiff of sprayed Ochre would Neutralize the blue bias. Having used paint on a shiney print, diluted Gum Arabic could be sprayed to the painted area to bring back the shine and also darken the paint to blend more with the surrounding area.

Masking off an area could be done by cutting shapes from clear acetate or using Transpaseal, an adhesive clear film in 24 inch wide rolls. A piece would be cut from the roll, the size determined by the size of area you were to be working on, the backing sheet removed and the film laid onto the print ensuring all the air was squeezed out. Then with a Swann and Morton scalpel with a 10a blade, you carefully cut the film with the pressure of just the weight of the scalpel so as not to cut the print . Peel the cut area to reveal the print and commence work. Alternatively a loose mask cut from acetate or paper allowed you to position the mask and hold it in place as you airbrushed the unmasked area. By this method a soft edge was achieved as against a sharp edge. Also tearing paper was useful as a way of achieving arbitrary effects for clouds or distant hills when held loosely and airbrushed up to. If some highlights to be enhanced were too delicate to be bleached, then a scalpel with a 10a blade was used to lightly scratch the print. Also a glass brush could be used in some cases. This was literally a brush made up of many very thin glass fibres and used to lighten prints. Although once I started using bleach the glass brush remained in the draw.

The image shown, was a job I had to work on. The ring on the right hand was bleached out and the skin redrawn with photo dye and Sable brush. The cuticles on the left hand were cleaned up. The cardigan was masked and with a weak solution of bleach washed over to lighten it and make the handle of the glass defined. The level of foam reduced by drawing in more tie,shirt and cardigan. Bubbles drawn in the side of the foam and the nasty blemish in the fluting on the glass removed, as well as the dark reflections on left side of the glass and above the fluting on the glass to make the beer appear clearer and the lettering to read.


Working on Ilford double weight glossy unglazed prints from the seventies onwards was a pleasure. The paper was robust enough to be worked on in a variety of ways. The print was first mounted onto double weight mounting board either by dry m [...]
View full article


I first used an airbrush in 1964 as a 17 year old apprentice at Chamberlain Art Studios, 146 Holborn, London EC1, which is no longer there. The studio manager entrusted it to me with the dire warning not to damage it. As if! I was so pleased and p [...]
View full article