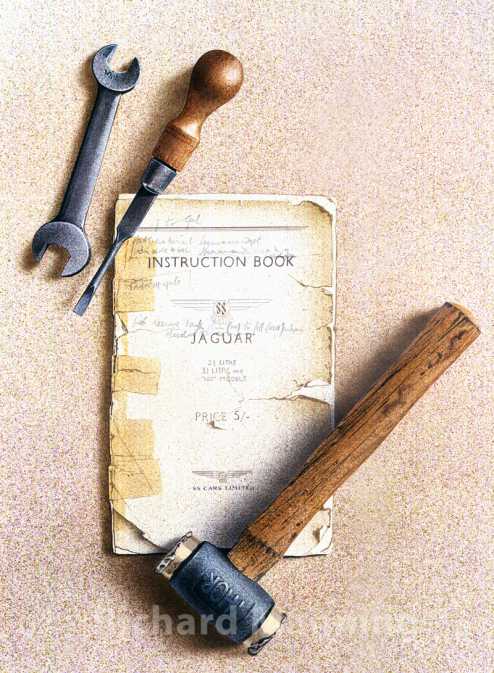 
Liquid acrylic was sprayed on the background with the "A" model airbrush. Loose masks cut for all the elements, highlights were achieved with the scalpel and the lettering drawn with a Sable brush and nib pen